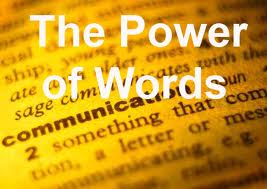 Honesty is the first chapter in the book of wisdom 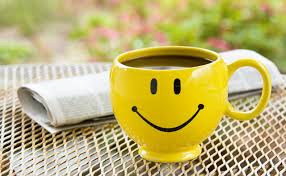 Never be afraid to raise you voice for honesty and truth and compassion against injustice and lying and greed. If people all over the world…would do this, it would change the earth.

The truth is that there isn’t much truth being spoken in our world today. Fake news is everywhere and it’s hard to know what to believe some days.

For words to have power, they must be the truth for the person speaking.  Even in a world of expanding voices, getting it right is the foundation upon which everything else is built - context, interpretation, comment, criticism, analysis and debate.  As we have an ever greater flow of data we have more needed for information dedicated to find and verifying the news and putting it into context.

Because news is important, those who provide it should have responsibility to voice their their own conscience out loud and allow others to do so as well.  We all have a view on what happens in our world but no matter our differences, the truth will always be respected and praised. 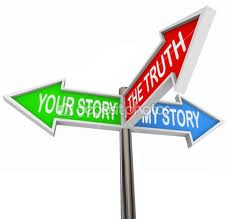 Honesty is more than not lying, is truth telling, truth speaking, truth living and truth loving.

If you always tell the truth, you don't have to remember what you said...

So true! I dislike talk where people tell 'parts' of what they THINK is the truth and everything gets distorted and doesn't begin to resemble the truth. I did laugh at the line in an old movie that said, "If you can't say anything nice about someone-come sit by me"...lol xo Diana

I have no comment now after reading NANA's, Sadly that line she quoted from a movie is so stinking true about so many lives today.
YOU always make Good points; the TRUTH here you have recorded.
Love ya!
Sherry & jack

I think some news people are biased in what they report. I kind of miss the old news reporters like Walter Cronkite who just reported the news without too much comment about this or that. Always good though to tell the truth and nothing but the truth!

Wish more people would abide by that great line from Bambi: "If you can't say nuffin' nice, don't say nuffin' at all." I, too, sure miss news anchors like Cronkite. These days editorializing seems to be the norm; it's up to the viewer/reader to discern the truth.

we have eyes that can see and ears that can hear. we know a lie when we see and hear it, particularly when it is repeated over and over again. it's a shame that NEWSPEAK from Orwells book 1984 has become the new language of many people these days. alternative facts are not the truth, they are lies to deliberately mislead. a shame the world has come to this. i liked walter cronkite too. he was great at what he did, and people were better off because of him.

The reasoning that you have for homeschooling should be written down. You may already be aware of your reasons for wanting to homeschool but actually writing it out will make things clear for you and your spouse. Establish some goals and a concrete strategy so you have a solid plan for your homeschooling project. This can make things a little easier.
satta king
play bazaar

Speak up. If you have a particular area that needs work be sure to tell your therapist. If you think more pressure is needed, talk about it; you won't get the service you want otherwise.
satta king
play bazaar

On the off chance that you are endeavoring to choose what item you need to sell or administration you need to offer, pick something that would make your life somewhat simpler. Individuals are continually searching for items that comprehend normal issues that they face day by day.
play bazaar
satta king
satta king

On the off chance that you can concoct an answer for an issue that you have, it will presumably be well known with others.
play bazaar
satta king
satta king