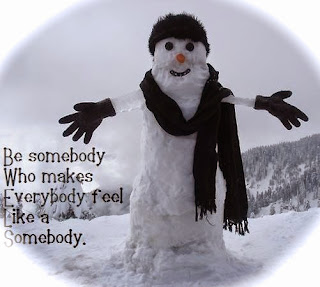 January 12th - Somebody and nobody 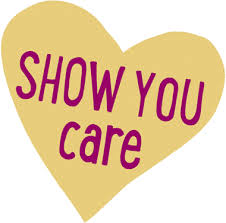 About the time we can make ends meet, somebody moves the ends

I think most of us would rather be a somebody and not a nobody.  But sometimes we have to be a nobody to become a somebody.  No one likes to feel insignificant, but everybody is special, and should remember that.  We are all somebody, to someone.

I’m a somebody that cares a lot and wants you to know that you are important and you are somebody special.

A somebody was once a nobody, who wanted to and did.

We can all be the somebody that nobody thought we could be.  We can all be whoever we want to be in this world. Don’t let everybody, somebody, or anybody stop you from creating the life you want and deserve.

Everybody, Somebody and Anybody could have acted and got the job done. But Nobody did.  Don’t be a Nobody.  You have to act and do what you need to do and become the person you want to be. 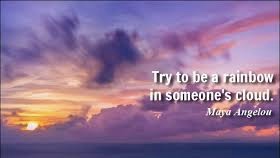 Please note:  I'm having trouble commenting on all the blogs I read.  Due to the commenting preferences set, some will only accept those made through Google. I still read all my favorites but cannot comment.  I have been able to comment on some as anonymous, but not everyone accepts those either. Just wanted you to know ...
Posted by I'm mostly known as 'MA' at Saturday, January 12, 2019

Labels: ENCOURAGEMENT, YOU ARE SPECIAL

We are all unique and special.

Yes-ALL of us are SOMEBODIES...and there are really NO NOBODIES in my view.
I am sorry you are having trouble commenting. My blog is set to accept anonymous comments as well as Google but that doesn't always work either. xo Diana

What a clever take on a serious subject!
I've forgotten who said, we unconsciously teach others how we want to be treated. Probably on account I used to have a very low self-esteem, I can't blame anyone but myself. Methinks happy is she who isn't an egoist, but rather lives happily ever after, somewhere in the middle.

I am having the EXACT same issue as you - about a year now - and it is impossible to leave any comment for me.
I say you are so right - LIVE!

Lot of truth in that little poem.

I had never stopped to think about it that way before.

I started to go back and do exactly what the JF Chaos did. Unique words.
I smiled associating this with my wife's statement to son Jack who asked where we were a long time ago. Sherry said, "We are in the middle of nowhere."
His reply, "Not so mama, you are in the middle of somewhere." I guess the same idea as somebodies and nobodies.

Love from a beautiful day in Florida,
Sherry and jack.

So true that we are all somebody to someone that loves us, appreciates us, needs us, etc. We all have our individual unique role to play in the life that we are living and we need to make sure we are doing that and not acting like a nobody.