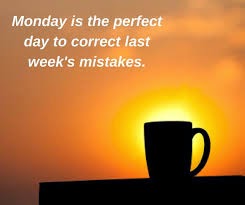 Actions speak louder than words, but not nearly as often.

When someone loves you, they don’t have to say it.  You can tell by the way they treat you.

While I don’t believe any one action defines who someone is, I think there’s something to this. Actions speak louder than words. And repeated actions are what shape our character and reputation.

If someone says they want to spend time together but repeatedly fails to show up, they are communicating that they aren’t willing to follow through on their promises.

If someone says they’re trustworthy but repeatedly lies, they are communicating that their word can’t be trusted.

If someone says they want to change but repeatedly fails to make an effort, they are communicating that they aren’t willing to do things differently

Love can speak without a single word. Love speaks in dance, art, nature, and relationships.

What you do speaks so loud that I cannot hear what you say.

You always seem to come up with a unique post. I like this with Mark Twain and Emerson Those are GREAT Quotes. Words to live by.
Thanks for starting a day off right!

That is so true with all you wrote here and reinforces that saying "actions speak louder than words."

I heard Zig Ziglar use something his mother used to say, "Your kids will more attention pay, to what you do than what you say."
I think the same holds true for most everyone.
R