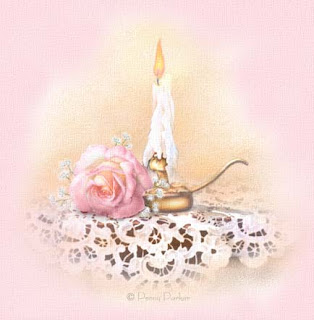 Don’t Let Your Light Burn Out

One night long ago, a man took a taper , a long, waxed wick, lighted it, and began to ascend a long, winding staircase.

Where are you taking me? asked the taper.

To the top of the house, said the man, We’re going to show the ships at sea where the harbor is. We’re at the harbor entrance and some ships far out to sea on this stormy night may be looking for our light even now.

But no ship could see my light!  said the taper.  It’s too small!

It may be small, said the man, but keep it burning bright and leave the rest to me.

Then he climbed the stairs to the top, for this was a lighthouse they were in, and he took the little taper and lighted the great lamps that stood ready with their polished reflectors behind them.

Don’t let your light burn out. Keep it bright and it may do great things.

As we let our own light shine, we unconsciously give other people permission to do the same.

It may also tell us that it’s selfish to focus on our own desires and goals, that good people are more concerned with giving than getting. But giving and receiving are two sides of the same coin. And sometimes the best thing we can give to others is a reminder that we all deserve to live passionate, fulfilling, engaged lives, and we all have the capacity to do it.

Those who are wise will shine like the brightness of the heavens, and those who lead many to righteousness, like the stars for ever and ever.

I liked that scripture from Daniel and the lesson of the little taper that was used to light the bigger ones to keep the ships safe when entering the harbor. Good reminders for us to keep our lights burning :)

One of the first children's songs I remember was:
This little light of mine I'm gonna let it shine!

Good story, based on logical facts.
Thanks for the reminder! ;-)

Such wise words....the smallest of examples leave the biggest impressions sometimes.
Great post!
Happy New Year to you, and yours.
Love,
Debbie
xo