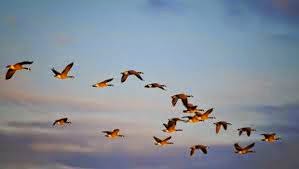 Everyone has a unique gift -- something that is just undeniably you!

September 15 - Loving others by using your talents

As simple as it sounds, we all must try to be the best person we can:  by making the best choices, by making the most of the talents we've been given.

We all can grow towards becoming the best people we can, and the only way to do so is to pay attention to the choices we're making, and to the fact that we're making choices at all

The story is told of a little boy who was overheard talking to himself in his backyard. He was wearing a baseball cap and carrying a ball and bat: I’m the greatest hitter in the world, he announced. Then he tossed the ball into the air, swung at it, but missed.

Strike one! he yelled. He picked up the ball and said again, I’m the greatest hitter in the world! He tossed the ball into the air.

He swung again and missed. Strike two! he yelled. He straightened his cap and said one last time, I’m the greatest hitter in the world! He tossed the ball up into the air and swung at it.

He missed. Strike three! Wow! he exclaimed. I’m the greatest pitcher in the world!

A thankful, positive, never give up attitude will change your outlook and change your life.
We need to love others in order to inspire them to believe that they can achieve ever greater heights too.

This day brings moments you can fill with whatever you choose. Fill them with love, and you’ll fill them as full as they can possibly be.

Cute story about the little boy, but he had it right. Changed his attitude and thinking to what he could be instead. So true we can be the best person we can be; just takes a little thinking to put us on the right path to do so.

(smile) I can remember when I was the greatest hitter in the world... (bigger smile)