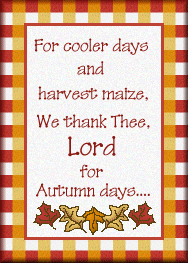 It's a strange thing, but when you are dreading something, and would give anything to slow down time, it has a disobliging habit of speeding up.

It is very hard to believe that today is the last day of September.  Where did the month go to.  Just yesterday we celebrated Labor Day weekend and now we are about to emerge into pumpkin season.

What will October bring?  One thing I know for sure…it will bring more days.  We don't know just what they will hold, but that is the JOY of waking up each morning.  Each day brings something new. The Future is something which everyone reaches at the rate of sixty minutes an hour, whatever he does, whoever he is.  ~C.S. Lewis

You are right, due to our many events of Sept (including the anniversary) it FLEW by.

Time does not oblige, that is for sure, it keeps its own pace.

I hope this very last day of September will be good to us all and October will be even better. The sky was beautiful this morning.

September did fly by indeed!! Now onto the last quarter of 2013; wow!