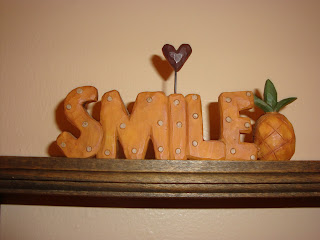 Success? Don't you know it is all about being able to extend love to people? Not in a big, capital-letter sense, but in the everyday. Little by little, task by task, gesture by gesture, word by word.

the favorable or prosperous termination of attempts or endeavors; the accomplishment of one's goals.
the attainment of wealth, position, honors, or the like

One of the things I've found myself being thankful for lately is the fact that I'm now living a life I used to dream about.  I was successful in working long enough to retire from work.

I would say I'm a successful person.  Others might think I was crazy to retire in the first place and some have said that they don't understand why I don't find myself a little part time job so I have something to do.

I think I worked long enough for someone else.  I only worked at the jobs I had over the years in order to live.  I didn't live to work.  I was never career minded other than loving being a mom.  Although I am thankful for the work I did and the pay I received for doing it, that isn't what made my life a success.

A person is a success if they get up in the morning and gets to bed at night and in between does what he wants to do.

I too am thankful that I am retired. I was very fortunate that I was able to retire at 64 ( my husband is still working). I wasn't able to retire because we had enough money, but because with a few life style changes and my being frugal we could manage on less money. So I said enough was enough. I wasn't career minded -I loved being a house wife and mom - I worked to pay bills. My company was going bankrupt and I just didn't feel like starting all over again at my age. So here I am and very happy with my choice. God's Blessings to you.

No man is a failure if he has friends - It's a Wonderful Life - I think that is what is important too.

I think you find plenty of things to keep you busy, Ma. I can't imagine you finding time in your schedule for a part-time job :)

Success is a great word and it does seem you have been successful in what you've done in your life; raised great kids, worked when you needed to, etc. That is a great accomplishment indeed!

I think you hit the word and meaning of success on the head. Perfect description of success. Love it.
I consider it a success if I can correctly spell words on a short comment (since I cannot find spell check anymore. LOL)