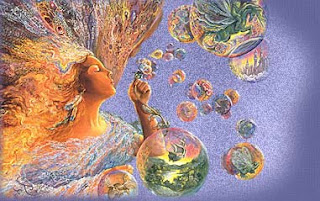 You have heard of possibilities. But have you heard of availabilities?
If possibilities describe that which could be, then availabilities describe that which already is
R and R Sunday
An old story tells of a tourist who paused for a rest in a small town in the mountains. He went over to an old man sitting on a bench in front of the general store and asked, Friend, can you tell me something this town is noted for?
Well, the old timer answered. I don’t rightly know ‘cept that it’s the starting point to the world.
Excuse me,  said the newcomer.
Yep, the old man continued. You can start here and go anywhere you want!
Many people don’t believe that. They feel hopelessly trapped in their life. They do not believe they can go anywhere they want. Their options are limited to availabilities.  They consider what is available and discard their choices in discouragement.
Other people believe that they can start from where they are and go anywhere they want. Their options are limited only by their imaginations. They consider what is possible and pursue their choices with vigor.
Perhaps you are feeling stuck… not so much in a physical location, but in a situation or in your life! If so, have you been confusing availabilities and possibilities?
What if instead of feeling stuck in a routine of work today, you considered the possibility of rest instead.
Sunday rest and relaxation is the starting point for the new week ahead.
Have a wonderful Sunday every one!  You are all in my thoughts and prayers as always!
'On Ya'-ma
Posted by I'm mostly known as 'MA' at Sunday, January 15, 2012

I will enjoy the R & R this Sunday.

I have had a realy restful day today Ma.I havn't been too good for a couple of days,so I promised myself not to overdo things today.I hope yours hasn't been too much,with that snow to move.Take care God Bless Kath xx

I have been busy today ~~ playing with a four-year old great-granddaughter ~ which is SO enjoyable! that I call that R & R for me today(she sings and dances and is very loving and sweet and her imagination! gets me over into ALMOST HEAVEN! ~ We just have them for awhile and then they grow up. I'm resting as I check in for the computer reading time ~ JeanJournal(Rome Georgia Girl living in Calhoun

Thank you for your kind words as I recover from this flu. I'm trying to play catch up reading everybody's blogs since I feel a little better. I will tell you this post touched a chord in me. I have spent many years limited by availabilities. The story you told let me see, the possibilities again. Take care.