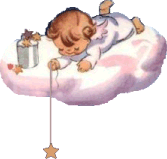 Love came down at Christmas;
Love all lovely, love divine;
Love was born at Christmas,
Stars and angels gave the sign.
Christina Rossetti
MERRY MONDAY!
A disappointed first grader trudged up the front path. I'm to be one of the children at the manger in the Christmas play, she announced glumly. That's wonderful! Why so sad? asked her mother. I wanted to be an angel. They're the ones that sing the song of rejoicing. Then she added, I can't rejoice unless I'm an angel.
That little girl was suffering from a common misconception that only angels rejoice.
Angels played an important part in announcing and rejoicing that very first Christmas.  I think they  probably still do it.  And yes, I do believe in angels.
For years we had an angel that sat on top of our Christmas tree.  I don't see many of them around any more.  Christmas tree ornaments have become very modernized it seems.  Another popular tree topper in our family was the Star.
Stars and angels always remind me of Christmas.  One year one of my DIL's sent out a picture of Our Star and Angel.  Her two little ones at the time.  It was adorable and I can't find it in my archive of pictures but will remember it always as she had put a cut out star on my grandson and angel wings on my granddaughter.  My nicknames for them are Our Star and our Angel by the way.
Teach the Children

Just a week before Christmas I had a visitor. This is how it happened. I just finished the household chores for the night and was preparing to go to bed, when I heard a noise in the front of the house. I opened the door to the front room and to my surprise, Santa himself stepped out next to the fireplace.

What are you doing? I started to ask. The words choked up in my throat and I saw he had tears in his eyes. His usual jolly manner was gone. Gone was the eager, boisterous soul we all know. He then answered me with a simple statement . . .

TEACH THE CHILDREN! I was puzzled. What did he mean? He anticipated my question and with one quick movement brought forth a miniature toy bag from behind the tree. As I stood bewildered, Santa said, Teach the children!

Teach them the old meaning of Christmas. The meaning that now a days Christmas has forgotten. Santa then reached in his bag and pulled out a FIR TREE and placed it before the mantle.

Teach the children that the pure green color of the stately fir tree remains green all year round, depicting the everlasting hope of mankind, all the needles point heavenward, making it a symbol of man's thoughts turning toward heaven.

He again reached into his bag and pulled out a brilliant STAR. Teach the children that the star was the heavenly sign of promises long ago. God promised a Savior for the world, and the star was the sign of fulfillment of His promise.

He then reached into his bag and pulled out a CANDLE. Teach the children that the candle symbolizes that Christ is the light of the world, and when we see this great light we are reminded of He who displaces the darkness.

Once again he reached into his bag and removed a WREATH and placed it on the tree. Teach the children that the wreath symbolizes the real nature of love. Real love never ceases. Love is one continuous round of affection.

He then pulled from his bag an ORNAMENT of himself. Teach the children that I, Santa Claus, symbolize the generosity and good will we feel during the month of December.

He then brought out a HOLLY LEAF. Teach the children that the holly plant represents immortality. It represents the crown of thorns worn by our Savior. The red holly berries represent the blood shed by Him.

Next he pulled from his bag a GIFT and said, Teach the children that God so loved the world that he gave his begotten son. Thanks be to God for his unspeakable gift.

Santa then reached in his bag and pulled out a CANDY CANE and hung it on the tree. Teach the children that the candy cane represents the shepherds' crook. The crook on the staff helps to bring back strayed sheep to the flock. The candy cane is the symbol that we are our brother's keeper.

He reached in again and pulled out an ANGEL. Teach the children that it was the angels that heralded in the glorious news of the Savior's birth. The angels sang Glory to God in the highest, on earth peace and good will toward men."

Suddenly I heard a soft twinkling sound, and from his bag he pulled out a BELL,. Teach the children that as the lost sheep are found by the sound of the bell, it should ring mankind to the fold. The bell symbolizes guidance and return.

Santa looked back and was pleased. He looked back at me and I saw that the twinkle was back in his eyes. He said, Remember, teach the children the true meaning of Christmas and do not put me in the center, for I am but a humble servant of the One that is, and I bow down to worship him, our LORD, our GOD.

I bet your little Star and Angel are so adorable, Ma, no matter what age they are now! We used to have an angel on top of our tree, still do actually, it lit up. I sent it to my sister because our artificial tree was too light for it and it wouldn't stay on top of it; it was cute though!

I liked the story of teaching children the old meaning of Christmas and what things mean with candles, etc. We need to keep those traditions alive I do believe!

have a great Monday!

Just caught up
love them all...and I always learn something (o:

I have a beautiful angel Ma,but it doesn't sit on top of my tree.It hangs over my nativity scene.All the figures made of china dressed in Gold and cream satin.Joseph Mary, Baby Jesus in the crib,The three wise men and the donkey the cattle and the sheep.Rooster bought me a few yrs back now.I do sometimes put the Angel on top of the tree,if I havn't a place to hang it over the nativity.Loved the story.Teach the children.I try to keep tradition as much as I can.I am not very well again,and trying my best,but I seem to be taking quite a while to pick up this time.Trying to do a couple of comments,now and again.Please exuse my hit and miss.(Breathing problems)and this cold weather doesn't help,we have had snow today.Take care God Bless and Goodnight too from me.Back to my bed now again for a while.7pm Kath xx

On our first Christmas together, my husband and I had forgottten to buy a tree topper. I was so sad. So my husband sat up all night Christmas Eve making me a three dimensional star out of cardboard and aluminum foil. It was the most beautiful thing I had ever seen. And the perfect gift. When it wore out we replaced it with an angel. They are my guiding light. Had it as a tree topper til it broke. Never found something I liked enough to replace it so I started using big RED BOWS instead. Never heard THE TEACH YOUR CHILDREN story. It brought tears to my eyes. Take care.