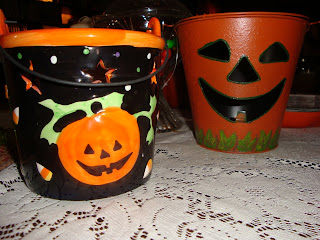 FANTASTIC FRIDAY!
I'm later than usual doing an entry here today as I had some technical updates done here at my house this morning.  For over a year now I've been using the wireless internet here that is provided by my cell phone provider.  It's wonderful in the fact that no matter where I go I can be connected on line with my own secure server.  But the connection was slow, resembling the old dial up connection of years ago and I was also limited to the minutes I could use.  With winter on it's way and being inside more, I decided it was time to have cable internet installed.  They came this morning and hooked everything up.  I am just amazed at the much faster speed I now have accessing the internet.
I had thought that with my retirement budget, I could no longer afford to have both, but I found out that there was a little left over at the end of the month that I often squandered so now it will be put to better use.
It's a dark cloudy day outside and after loads of rain this week, I feel like it might as well be winter already.  Being in the house most of the week is taking quite a bit of adjustment.  I'm so used to spending the better part of the day outdoors.
I've got lots to do indoors, so I guess I'd better get on with it.
Hope your Friday is a FANTASTIC one!
'On Ya'-ma
Posted by I'm mostly known as 'MA' at Friday, October 21, 2011

Glad you have the faster internet now. That is the one big thing I will be happy about if we settle down, as you said this cell connection is SLOW, but at least we can get the net while traveling.
Enjoy it and have fun and a greatr weekend.
Love from Florida,
Sherry & Jack

Good that you have faster internet now Ma! I think it is wise to get it these days, especially with the approaching winter and more in house time. I do remember those days of dial up when it seemed like forever to get online or download something, etc. I am sure you will enjoy your new connections so very much!

I hope the weekend is a good one!

The switch from dial-up was just about life changing for me. I did it five years ago and it's made blogging possible. Hope you enjoy it as much as I do!

Congratulations on the faster internet connection. ENJOY! I know what you mean about it being gloomy and feeling cooped up. It rained here for three days straight. The sun finally came out today. Until then I had a touch of cabin fever. I hate to think of winter being on the way. Take care.

My DSL is from a telephone company but I hear that Cable companies provide a faster internet service.

I do remember the days of a "dial up".

Enjoy the speed of your new service.

It is a big change when the season changes Ma and we have to spend more time indoors.Like you say I too can always find plenty to do.I have had the fast connetion in England a few yrs now,but still get the probs from time to time.Have a lovely week/end Ma.Take Care God Bless Kath xx