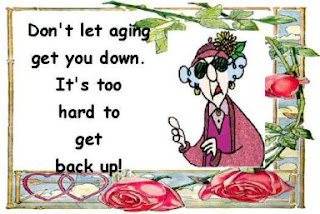 What saves a man is to take a step. Then another step. It is always the same step, but you have to take it.
Antoine de Saint-Exupéry
WONDERFUL WEDNESDAY
There is a wonderful story told about a farmer's donkey that fell into a dry well. The animal cried pitifully for hours as the farmer tried to ﬁgure out what to do for his poor donkey. Finally, he concluded that the well was too deep, and it really needed to be covered up anyway. Besides, the donkey was old, and it would be a lot of trouble to get him out of the pit. The farmer decided that it was not worth trying to retrieve the animal, so he asked his neighbors to help him ﬁll in the well and bury the donkey.
They all grabbed shovels and began to toss dirt into the well. The donkey immediately realized what was happening, and he began to bray horribly. Crying would be our normal response if somebody was mistreating us this badly, so this donkey was responding the same way we would at ﬁrst, but then he got real quiet. A few shovel loads of dirt later, the farmer looked down the well and was astonished at what he saw. With every shovel of dirt that hit the donkey's back, the donkey would shake it off and step on top of it.
As the neighbors and the farmer continued to shovel dirt on top of the animal, he continued to shake it off and take a step up. Pretty soon the donkey shook off the last shovel full of dirt, took a step up, and walked right out of the well. We can learn from this story. When trouble comes, We have to shake off those troubles when they come our way.
Many of you may have heard this story but I was thinking of it recently and wanted to share this time old tale as a reminder for us to take a step up.
Many of us have found ourselves stuck in a situation where we just didn’t know to get through. The metaphorical dirt was poured over our heads, and we got buried by the problems, or we shook the dirt to the ground to rise above the circumstances.
Each of our troubles is a stepping stone.  We can get out of the deepest wells just by not giving up.
All misfortune is but a stepping stone to fortune.
Henry David Thoreau
Shake it off and take a step up!
Have a WONDERFUL Wednesday everyone!
'On Ya'-ma
Posted by I'm mostly known as 'MA' at Wednesday, October 19, 2011

Thanks for the STEPS for a good future and good life.
Love the example.

Take care, it is time to pack up and move. Headed for a State Park and a good camp fire.

Henry David Thoreau had so many words of wisdom. Thanks for sharing this one. I hope you have a wonderful Wed. Hugs

Aww, I loved this story! Actually is just what I needed to hear! Thank you for sharing as I've never heard it before!!!

We are currently facing a situation we just dodn’t know to get through with our boomerang daughter. We're just going to have to step up, like the donkey. Good story, MA. Take care.

This story was new to me and I loved it. Thanks for sharing.