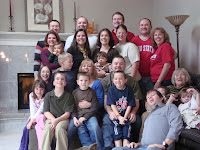 Fantastic Friday/ Elves / Christmas letter
Modern Christmas elves find their origin in the house gnomes of the Scandinavia. It was believed that these gnomes guarded homes against evil and were benevolent and helpful to good people. However, they could be quite nasty to people who were rude to them or had been naughty. For centuries, they were both loved and loathed.
In the mid-1800s, Scandinavian writers such as Thile, Toplius, Rydberg transformed the image of these gnomes to Christmas elves that were almost like mischievous fairies but were good at heart.
How I wish I had a Santa helper here at my house. Maybe if I had an elf here I could finish off my Christmas cards. It's not hard addressing envelopes or signing the cards, it's the Christmas letter that I do each year that is holding me back.
Did you know that roughly 95% of holiday letters begin with a sentence like this: I can't believe the year has come and gone so quickly! While we all feel this sentiment, it's not the happiest way to begin a holiday letter.
Well that was the way I was going to start off my letter...Now I'll need to think of something more cheerful to say. Maybe I could begin by saying I've had a happy blessed year at my house...
Like pantyhose, holiday letters aren't one size fits all.
I try to say something about the highlights of my year and also to keep my letter short and sweet too. I don't see some people from year to year but I still like to keep in touch.
I am going to add the picture that is shown above. It was taken at Thanksgiving time. All but DS#2 and his family were able to be together for this one. So 6 are missing from the group.
My faith and my family make up a big part of my life so it's appropriate to include this picture and a prayer for everyone too.
May the blessing of Christmas live in your hearts the whole year though.
I hope your Friday is a fantastic one!
'On Ya'-ma
Posted by I'm mostly known as 'MA' at Friday, December 17, 2010

What a sweet family picture, I looked at each happy face. And I love the rose picture too. I missed reading your blog while I went to my daughters. We should have made a group picture, I think you always should at every gathering. Nice to see you this morning.

Well: I can't believe this year has past already! hahahahah Yes that is the sentiment of us aging folk anyway, good or bad we think life is passign faster than before, but it is going at the same pace, we just appreciate the time more.

Good looking crowd you have there, and you are saying that is not all?

I agree, what a lovely family picture. Have a wonderful day. Hugs

yokes
when I read Christmas cards... i new I had to get mine out and finish. Why do I put that off?
love that picture
oh...by the way do you get a Christmas news letter from someone that just cracks you up as the family that is perfect and they write about every perfect thing...we always read it together and laugh and then I freak out and hope I never do that...lol

again, love the picture of your family (minus six of course). Beautiful and handsome every single one!

Good way to start a letter could be "let me tell you about my year, and what a good one it has been"

It is neat you include letters like that Ma; I am sure the recipients enjoy reading what you have been up to!