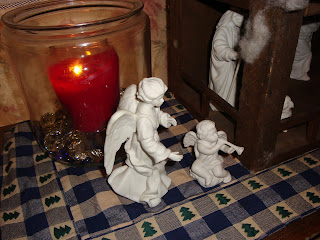 Keep a sugar shaker filled with confectioner's sugar and ready in the kitchen. A snowy dusting of white sugar is the fastest way to give a pretty finish to cakes, pies or cookies-- any dessert that has a dry surface 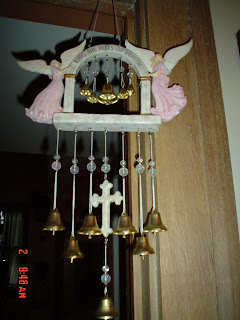 Angels in Greek mean Messengers. In the Bible, heavenly angels are mentioned as messengers of god. Christmas angels are perhaps the most popular form of angels that are used in our celebrations. Angels are believed to be immortal, who live in Heaven, and act as intermediaries between God and Humankind

Angels are headed by a chief angel known as an Archangel whose name is Saint Michael. We all have our guardian angels or angel guardians who protect us, look after us and comfort us in times of distress.

They were quite instrumental in birth of Jesus Christ and hence, play an important role in Christmas celebration and festivities. Angels were the ones that brought us the news of the birth of the Christ child.

Gabriel, the heavenly Christmas angel brought the divine news to Mary and revealed that she was chosen to bear God's son. Another angel informed Joseph that he should marry Mary and look after the Christ. According to a legend, God appointed a small group of tiny angels, who were just learning their angel ways, to watch over Joseph and Mary on their journey to Bethlehem. Tiny angels did all they could and tried to do their best but could not help the couple to find shelter in the inn in the over-crowded town. Finally, they had to make do with the inn's stable.

They were so excited that they were to witness the birth of God's Only Son that flew closer to earth and sang sweetly.

A Christmas angel appeared to the shepherds near Bethlehem about the Christ Child's birth too. We still see Christmas angels singing and playing music in Nativity scenes

It came upon the midnight clear, That glorious song of old,
From angels bending near the earth,
To touch their harps of gold:
Peace on the earth, goodwill to men
From heavens all gracious King!"
The world in solemn stillness lay
To hear the angels sing 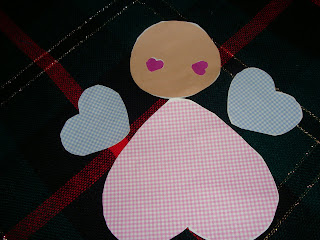 These little angels are adorable!

Making angels with heart shapes is an easy craft to do.

You can of course decorate the plain shapes in lots of different ways: perhaps with gold stars, felt tip pens, sequins etc.

Write you own special message on the angel, and give it as it is or stick to the front of a plain, folded card. 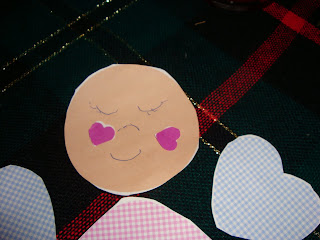 Draw on your own faces and add "hair" if you wish. 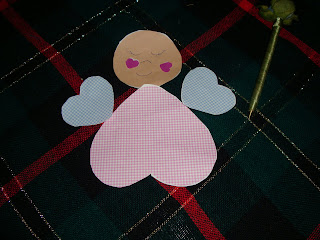 Be an Angel today…

Cute idea that would dress up any gift or card.

Well, we got our snow, one week too early. I love angels and do hope I have a guardian one!

Ma!! Your little angel is Darling! Thank you, I think that I will borrow that idea if you don't mind!? Blessings~Sharon

I love your Christmas tip today. And what a cute little angel. Hugs

What a lovely carol you mention.I love It came upon a midnight clear.My favourite being In The Bleak Mid Winter.A very handy Kitchen tip and I adore the sweet little angel.Thankyou for sharing with us today.Have a good day Ma.Keep warm.Enjoy tomorrow.Take Care God Bless Kath xx

loved the angel windchime picture and your tip for the day; now just got to make some cookies

enjoyed reading about the angels too :)

enjoy your family celebration this weekend