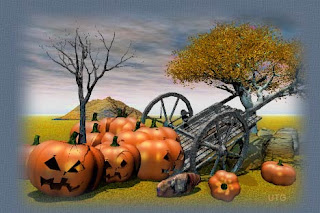 Five birds are sitting on a telephone wire. Two decide to fly south. How many are left? Most people would say three. Actually, all five are left. You see, deciding to fly isn’t the same as doing it.
If a bird really wants to go somewhere, it’s got to point itself in the right direction, jump off the wire, flap its wings, and keep flapping until it gets there.
So it is with most things. Good intentions aren't enough. It’s not what we want, say, or think that makes things happen; it’s what we do

GOOD MORNING !
As I watched a huge flock of birds flying south yesterday I got to thinking why is it that we who live in the north don’t have the same wisdom that the birds do…that is to fly south when the cold weather begins.
The ability of billions of birds to migrate to and from various parts of the world each spring and fall is truly amazing. If humans were to attempt these trips, they would need many kinds of instruments, charts and computers. But God has given these flying marvels the wisdom to stay on their courses perfectly
They know that in order to survive they must head to the warmer climates. I feel just like those birds. Winter to me is a survival thing. I know we humans have built houses and buildings that are heated to keep us warm, but it takes more than a little effort on my part to do so. It seems I stay chilled until Spring arrives once more.
I’ve wondered how it would be to be a snow bird…traveling south in the winter and north in the summer. That’s not an option for me as it would take more money than my budget can provide, but I think it would be great.
John James Audubon coined the term snowbirds over 150 years ago to describe the little dark-eyed juncos. Today the label extends to people who spend their summers in the north and winters in warm southern climates. Many snowbirds pack their cars and head for the highways. Others board airlines with packed suitcases.
Then we have snowbirds that can be any of several types of feathered friends that, despite negative wind chills, ice-capped rivers, baron fields and forests and tons of snow, they thrive right here. Chickadees and nuthatches are snowbirds that are common, cheery visitors at bird feeders. The dark-eyed junco also comes down to the Buckeye State from Canada in late October or early November to spend the winter with us
That is me I think …a snow bird that despite it all will thrive right here.

THOUGHT FOR TODAY
God gives every bird its food, but He does not throw it into its nest

It is amazing how the birds do that. God definitely takes care of them.

We have many snowbirds here who go south during the winter months. I don't have any inkling to do that. I prefer staying in my cosy home and enjoying nature at it's best...wintertime. Hugs.

I wish you could fly south. You could come visit me. We would drink ice tea and gab and have a good old time.

I liked that story about how many birds decided to fly south; good moral to it that you need to get up and actually do something about it

I'm with you, Pam; I stay cold until spring and I'm down where it is warm too; drink plenty of hot beverages; that helps me at times

Summer just flies by don't know if I would like to live without winter I do love looking out on it but thats selfish of me we don't have to go out if we don't want to now. Our geese have arrived here now from the north and they will stay until it gets too cold and most of them will go further south but a few thousand will stay all the way till spring. I love watching them every morning going out to the fields and them back in the evening calling all the way. Take care. Love Joan