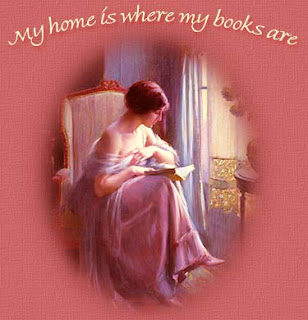 I know God will not give me anything I can't handle.
I just wish that He didn't trust me so much.
Mother Teresa

Adversity is the grindstone of life. Intended to polish you up, adversity also has the ability to grind you down. The impact and ultimate result depend on what you do with the difficulties that come your way. Consider the phenomenal achievements of people experiencing adversity.
Beethoven composed his greatest works after becoming deaf. Sir Walter Raleigh wrote the 'History of the World' during a thirteen year imprisonment. If Columbus had turned back, no one could have blamed him, considering the constant adversity he endured. Of course no one would have remembered him either. Abraham Lincoln achieved greatness by his display of wisdom and character during the devastation of the Civil War. Luther translated the Bible while enduring confinement in the Castle of Wartburg. Under sentence of death and during twenty years exile, Dante wrote the "Divine Comedy." John Bunyan wrote "Pilgrim's Progress" in a Bedford jail.
Good Morning !
It’ seems I’m always on the grindstone lately. I’m not sure if it’s my age or what but I sure wish it would slow down a bit. I’m going a lot slower these days and I’m not liking it.
One thing about adversity is that we all have it at times, Things not going the way we expect them to or health problems, or maybe even a simple thing like breaking your favorite coffee mug. Little things can build up into bigger things and all the sudden it seems like nothing is right with the world.
I’m sure those great men mentioned above had no idea just how famous they would become at the time. They were going though some rough times and needed to do what they could about them.
That’s all any of us can do. When the work gets too hard we just keep plugging away at it hoping we’ll eventually see some kind of end to it. I always try to remember that THIS TOO SHALL PASS. I’ve got one of those little coins with those words written on it to remind me.
THOUGHT FOR TODAY
When life gives you lemons, please,
just don't squirt them in other people's eyes.
J. Andrew Helt

MA,
You are so inspired and everyday when I stop by your blog, I am inspired by you! It's catchy! I love your thought for the day! Ain't it the truth?
Bless you Ma
Sharon

I agree, I'm always inspired when I read your blog too. Hugs..

so cute about the lemon and lemon juice thought; so true about adversity; we like you said, Ma, have to keep plowing on through and hoping for the best

This is the second blog I have read tonight that mentions slowing down and how we don't like it one little bit !! It is true that the autumn is comming ever quicker over here as well. I was just saying that to a friend who we were taking out for lunch it was to celebrate her 90th. birthday..
I liked the sound of all the corn cobs ariving for the BBQ..
Love Sybil xx

Thank you for that. Sometimes it is the little things like broken coffee mugs or lost items. Straw and camel's back and all of that. One step at a time!!