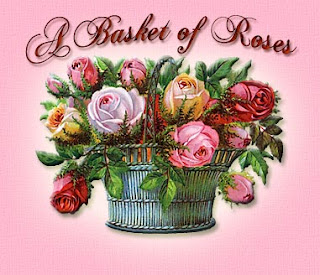 THE MANY WAYS OF LOVE
There are times when we are timid and shy about expressing the love we feel. For fear of embarrassing the other person, or yourselves, we hesitate to say the actual words "I love you." So we try to communicate the idea in other words.We say 'take care' or 'don't drive too fast' or 'be good.' But really, these are just other ways of saying 'I love you,' 'you are important to me,' 'I care what happens to you,' 'I don't want you to get hurt.'
We are sometimes very strange people. The only thing we want to say, and the one thing that we should say, is the one thing we don't say. And yet, because the feeling is so real, and the need to say it is so strong, we are driven to use other words and signs to say what we really mean. And many times the meaning never gets communicated at all and the other person is left feeling unloved and unwanted
Therefore, we have to LISTEN FOR LOVE in the words that people are saying to us. Sometimes the explicit words are necessary, but more often, the manner of saying things is even more important. A joyous insult carries more affection and love within the sentiments which are expressed insincerely
An impulsive hug says I LOVE YOU even though the words might be saying very different. Any expression of a person's concern for another says I love you. Sometimes the expression is clumsy, sometimes even cruel.
Sometimes we must look and listen very intently for the love that contains. But it is often there, beneath the surface.A mother may nag her son constantly about his grades or cleaning his room. The son may hear only the nagging, but if he listens carefully, he will hear the love underneath the nagging. His mother wants him to do well, to be successful. Her concern and love for her son unfortunately emerge in her nagging. But it is love all the same
A daughter comes home late, way past her curfew, and her father confronts her with angry words. The daughter may hear only the anger, but if she listens carefully, she will hear the love under the anger. "I was worried about you," the father is saying. 'Because I care about you and I love you. You are important to me.
We say I love you in many ways - with birthday gifts, and little notes, with smiles and sometimes with tears. Sometimes we show our love by just keeping quiet and not saying a word, at other times by speaking out, even brusquely
Author Unknown

For those that don’t get snow in the winter, I wish I could send you some. We have so much snow that I can hardly lift the shovel up to the top of the pile any more. It somehow seems unfair that it can’t be shared. A little here and there would be so much better than all this in one place.

I put pictures in the side bar of my ‘Sunshine’ babes playing in their 2 inches of snow. They live a day long ride south of me and rarely get any so they were very excited to have it. Their mom sent the pictures via e-mail yesterday saying that their schools were closed and the roads were terrible.

Here where I live, we got a foot (12 inches ) of snow and schools remained open and yes, the roads were terrible.

I know you think you should make a trip to Calcutta, but I strongly advise you to save your airfare and spend it on the poor in your own country. It's easy to love people far away. It's not always easy to love those who live right next to us.
There are thousands of people dying for a bit of bread, but there are thousands more dying for a bit of love or a bit of acknowledgement. The truth is that the worst disease today is not leprosy or tuberculosis; it's being unwanted, it's being left out, it's being forgotten.
Mother Teresa

The south of England has had it's first serious snowfall for 20 years this week and London was at a standstill the buses were off and the tube train too. Up here in Scotland we are a bit more used to snowfall it has been snowing here on and off all week but we are still moving and the roads are good. What do they expect its winter you just get on with it as you do. Keep warm Love Joan.

12 inches of snow (Brr sigh) thats a lot of snow Ma.The shoval gets heavier too with every one we shoval.Please take care and be careful you don't hurt your back or anything.Yes I enjoyed the pics of the Grandchildren they were wonderful.How children just love it.We ourselves did once upon a time."Happy Days" they were too.Lets hope this is your last snowfall now.. Take Care God Bless Kath xx

Dearest "MA". You write such wonderful words of wisdom..Thank you. I only wish everyone COULD read them. I do so wish your snow would start to go. I woke to the most snow I have seen down here sinse I left Scotland about 25 years ago...not that it is anything as much as you have only about 5 ins. although the forecast is for more tonight. It is the first timethat Mary can ever remember being in the house for 4 days on the trot !!Thank goodness she has a jigsaw to do..
Take care dear Ma..
Love Sybil xx

I loved the pictures of your sunshine babes playing in the snow ,we have about three inches and the children are all off school and loving it ,just as we did as chidren ,I dont like it so much now ,proving I must have grown up hee hee ..love Jan xx

Yes, sometimes sad that we don't say I love you often enough. Life really feels short when you loose someone. Then wonder why those 3 little words were not said more. :( Hope you have a blessed week, 1 more day of work for you. :) Blessings, Janie

I love the pictures of the kids playing in the little bit of snow. If my grandson tired to make them here in my yard he would be buried!! Linda

Hi Ma...enjoyed your words today...reminded me of growing up...we didn't have much in the way of material things..but we sure had alot of love floating around..and those three words we heard alot...I love you...and it was made even better from time to time when the person would add your name...made it so special...I am happy to say in our immediate family...I love you...is said alot...God Bless...hugs...Ora