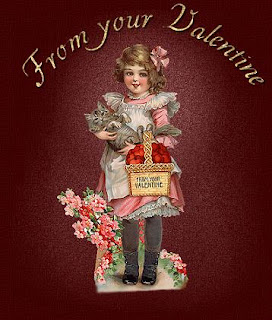 A little love story for you today…

SCARS OF LOVE
Some years ago on a hot summer day in south Florida a little boy decided to go for a swim in the old swimming hole behind his house. In a hurry to dive into the cool water, he ran out the back door, leaving behind shoes, socks, and shirt as he went.He flew into the water, not realizing that as he swam toward the middle of the lake, an alligator was swimming toward the shore.
His mother in the house was looking out the window saw the two as they got closer and closer together. In utter fear, she ran toward the water, yelling to her son as loudly as she could. Hearing her voice, the little boy became alarmed and made a U-turn to swim to his mother. It was too late. Just as he reached her, the alligator reached him.
From the dock, the mother grabbed her little boy by the arms just as the alligator snatched his legs. That began an incredible tug-of-war between the two. The alligator was much stronger than the mother, but the mother was much too passionate to let go. A farmer happened to drive by, heard her screams, raced from his truck, took aim and shot the alligator.
Remarkably, after weeks and weeks in the hospital, the little boy survived. His legs were extremely scarred by the vicious attack of the animal. And, on his arms, were deep scratches where his mother's fingernails dug into his flesh in her effort to hang on to the son she loved.The newspaper reporter, who interviewed the boy after the trauma, asked if he would show him his scars. The boy lifted his pant legs. And then, with obvious pride, he said to the reporter, "But look at my arms. I have great scars on my arms, too. I have them because my Mom wouldn't let go."
You and I can identify with that little boy. We have scars, too. Not from an alligator, but the scars of a painful past. Some of those scars are unsightly and have caused us deep regret. But, some wounds, my friend, are because God has refused to let go. In the midst of your struggle. He's been there holding on to you.
The Scripture teaches that God loves you. You are a child of God. He wants to protect you and provide for you in every way. But sometimes we foolishly wade into dangerous situations, not knowing what lies ahead. The swimming hole of life is filled with peril - and we forget that the enemy is waiting to attack. That's when the tug-of-war begins - and if you have the scars of his love on your arms be very, very grateful. He did not and will not ever let you go.Never judge another person's scars, because you don't know how they were made.
Author Unknown

I have a few scars to be sure. I’ve a deep one on my eyebrow going down below the corner of my eye. I’ve noticed that it doesn’t show up much until I’m really tired. That was from a car accident I was in when I was 20 years old. I also have the great gall bladder scar across my mid drift from the days when they didn’t have the technology they do today. I’ve a mark on my arm that was from a burn I got from my grand mothers stove as a toddler, and I’ve got one on my shin from scrapping it on my bike chain when I was learning how to ride a 2 wheeler. They bring back some memories for sure. It is funny that even as old as I am those scars have never gone away.

My heart has a few scars too. Heart breaks heal, but scars stick around forever. We really never know what another person has gone through. There are usually real and present reasons for the way we each act. The best thing is to never try to judge someone else based on your own experiences it seems. We all are so different and have many different kinds of scars.

LOVE WORKS
A guardian angel
Flew down from above,
To teach me a lesson
About the powers of love.
She whispers to me,
Take a hold of my hand,
There are so many things
I wish you to understand.
About the powers of love,
And all it can do,
To someone who needs
To share it with you.
A pat on the back,
A kind smile on your face,
Can make someone's life,
A much brighter place.
It doesn't take much,
To show someone you care,
To give them the love,
God gave you to share.
So please keep in mind,
All the powers you possess,
To grace someone's life,
When they're in distress.
You've been put on this earth
To bestow the powers of love,
And with those final words,
She disappeared up above.
Author Unknown

such good advice! too many judge others, that is not our right.
judge others, lest ye be judged....is the best advice but few listen.
huggies...

You are absolutely right! I hope you have a good day today!