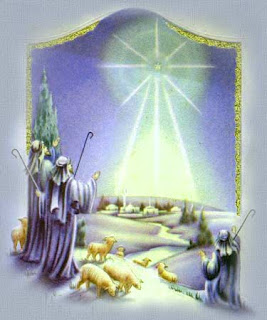 Jake lived in a run-down orphanage with nine other boys. At Christmas, the building always seemed a little warmer; and the food a little more plentiful. But more than this, Christmas meant an orange. Every year, each boy received as a Christmas gift, an orange. It was the only time such a rare treat was provided and it was coveted by each boy like no other thing they ever possessed.
Each boy would save his orange for several days, admiring it, feeling it, loving it, and contemplating the moment he would eat it. Some would even save it until New Year's Day to stretch the memory of Christmas.
This particular Christmas day, Jake had broken the orphanage rules by starting a fight. As punishment for breaking the rules, Jake's's orange was taken away. Jake spent Christmas day feeling empty and alone. Night time came and Jake could not sleep. Silently, he sobbed because of the loss of his precious gift.
In the night, without warning, a soft hand placed on Jake's shoulder startled him. An object was quickly placed in his hand. The child then disappeared into the dark to leave Jake alone to discover an orange. Not an ordinary orange, but a special orange, made from the segments of nine other oranges. Nine highly prized oranges that had to be eaten that Christmas night, instead of saved, admired, and cherished until a later date. This Christmas would be cherished forever

. . .(To) take something from yourself, to give to another,
that is humane and gentle and never takes away
as much comfort as it brings again.
Thomas More

It always seems that this time of year brings out the generosity of lots of people. Today as I went out running some errands at my lunch break I saw one of the Salvation Army bell ringers outside a store. They have a kettle beside them and hope for donations. It was such a cold day I did feel sorry for that person and reached in my pocket for a donation. I knew I had some change in there from a previous purchase. I pulled out a little more than I’d ordinarily donate, but I put it in the kettle anyway.
I’m not rich, but I have what I need and those few dollars wasn’t going to break me and maybe, just maybe they’ll help someone else.
I think Christmas wouldn’t be the same if we stopped giving. Giving to our loved ones or to needy people, it’s all in the giving. We give presents to celebrate the greatest gift of all.

The greatest Christmas gift of all was never placed beneath a tree.

But lay within a manger bed beneath a star for all to see.

The season of renewal

And all that is beautiful

Chimes greatly in to every heart

Of Spirit, togetherness, and affirmation.

That is a wonderful story about the orange. I also give some at Christmas time. Not as much this year as I am flat broke!

We always try to give at Christmas and at other times, if we can. There are also people worse of than we ourselves are. God bless you for your generosity. Your card will be winging its way to you this afternoon

I agree with you...wish everyone could dig and pull out just a little to help those in need...thanks for sharing...hugs and love,
Joyce

I always try to give to the bell ringers also. Linda

Hi Pam. I loved the orange story. If only all the world was so kind:)

I love that story. I shows that even a small contribution doesn't hurt you and only benefits those in need. Thanks for the reminder. Have a wonderful day.

What a lovely story pam really enjoyed that one. To the Salvation Army always gets me in the Christmas mood. Love Joan

loved the story about the orange; so poignant! another great entry Ma; we just need to continue to reach out as we can to others; even a little bit goes a long way :)

Oh, I loved the Christmas orange story! Thanks for sharing that with us...

Just read over at "Call For Support" about your grandson. I am so very sorry to hear this. My prayers are with you and your family.

I think when we give, it comes back to us, in many ways..
The world would be a better place if there were more like you.
xox, Cassie