I’m eager to encourage you in your faith, but I also want to be encouraged by yours. In this way each of us will be a blessing to the other.
Romans 1:12
We mostly think of encouragement as being a mood-lifter. A compliment, a gift, a bouquet of flowers. But the encouragement God provides touches us even more than those. He doesn’t offer a quick fix to our feelings but gives us encouragement for our faith.

Sometimes we need to be reminded of the great potential we possess…just one little word of encouragement can make all the difference…
Barbara Johnson
When we affirm God’s effectiveness working in our own live and of those around us, we are encouraging others.

Some people make it a full – time job to encourage the faith of believers and we call those people full time Christain workers. Our pastors have a responsibility to encourage us in faith. We need to listen to them and heed their words.

In Hebrews 10:25 we read that to go on sinning after we have learned the truth is the greatest obstacle to encouraging spiritual growth.

…Scripture says two are better than one. We’re instructed to love, pray for, and care about, accept, forgive, serve, encourage and build up one another.
Luci Swindoll

If we share the daily tasks of our lives with our friends, we should also be able to share our faith with them. If we don’t share our faith, how can we encourage others.

We’ve all be called to preach the gospel It was part of the Great Commission. 1Corinthians 9:14 tells us the Lord has commanded that those who tell the good news should get their living from this work.

In Acts 20:30 Paul is encouraging the faith of those around him. He didn’t hold back anythings. He told the Good News in public and in homes. He served the Lord unselfishly.

Our faith should touch every minute of every day. God wants to encourage us and we need to pray to Him to strenghthen our faith.

If we consider the words we speak and ask God to help we can bring conversations around to spiritual things. When you talk about your faith with others close to you , you will encourage their faith and yours as well.

I pray that what I learn from the lives of others will be used by God to make me a more compassionate woman, more willing to served, more grateful to God and more used to others.

As we deepen our faith, we should spend more and more time in God's Holy Word. In it we can find a vast store of encouragement.

ENCOURAGING ONE ANOTHER, WOMEN OF FAITH, STUDY GUIDE SERIES

God’s Word will stand forever. It is more than an Old or New Testament compiled into sixty – six books that constitute a divine library. It is a source of guidance, strength, encouragement, and comfort, available every day of our lives.


ENCOURAGING ONE ANOTHER
WOMEN OF FAITH STUDY GUIDE SERIES

Although I am not yet finished with the study I was on before Christmas, I felt I needed this one right now. I’d picked the book up last fall when we went to visit the ‘NewlyWeds’ and wound up spending the afternoon in a wonderful used book store.

I was familiar with the Women of Faith as I’d found them on the internet one day and knew this would be a great little study to do.

God has surrounded us with the means to be encourage…little things throughout our day to lift our hearts. Unless we are tapping in to God’s Word on a daily basis, we are depriving ourselves unnecessarily .It will stick with you no matter how steep the trail may get.

Psalm 119 is an amazing chapter in the Bible. Nearly every verse sings the praises of God. In verse 28 we see that the Word will make us STRONG again.

Encouragement is there if we know how to find it. John says that the Bibles we hold in our hands were written so that we may believe and have life through His name. John 20:30 and 1 John 5-13

Saint Paul echos John in Romans 15:4. He says the Scriptures were written to give us patience and encouragement, so that we may have hope. He told Timothy to read the scriptures to the people so that it may strengthen them 1 Timothy 4:13

Whether we are reading it ourselves or sitting under good solid preaching, God’s Word can teach us all things pertaining to life and godliness. 2 Peter1:3

Find the comfort and guidance you need from God’s Words of direction for that disturbing circumstance in your life. His words are there and they are written just for you.

The Word keeps me from keeps me from looking at worthless thngs and turn to our Living God. His Word can be a tool for changing our lives, encouraging obedience and growth, and giving lasting joy and peace.

Ephiphany - The Feast of the Three Kings 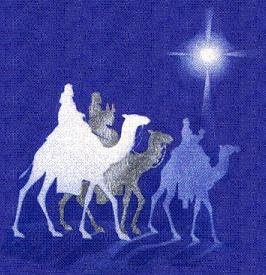