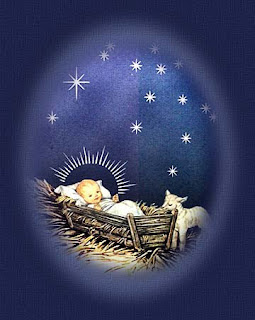 Begining on December 17, as the final phase of preparation for Christmas, the Church recites or chants the O Antiphons preceding the Magnificat during Vespers of the Liturgy of the Hours.

The O Antiphons express the Church's longing and expectation for the Messiah, her startled wonderment at the fullness of grace which the Christ-Child is about to bestow on the world.

Their theme is the majesty of the Savior, His wisdom, His faithfulness and sanctity, His justice and mercy, His covenant with His chosen people, who in their ingratitude broke faith with Him. They are concerned with His power and love as King and Redeemer of the world, His relation to every soul as Emmanuel, God-with-us


The "O" Antiphons are the verses for the ancient hymn O Come, O Come Emmanuel.


In the first, O Sapientia, we take a backward flight into the recesses of eternity to address Wisdom, the Word of God.


In the second, O Adonai, we have leaped from eternity to the time of Moses and the Law of Moses (about 1400 B.C.).


In the third, O Radix Jesse, we have come to the time when God was preparing the line of David (about 1100 B.C.).


In the fifth, O Oriens we see that the line of David is elevated so that the peoples may look on a rising star in the east,

and hence in the sixth, O Rex Gentium, we know that He is king of all the world of man.


This brings us to the evening before the vigil, and before coming to the town limits of Bethlehem, we salute Him with the last Great O, O Emmanuel, God-with-us !


These beautiful exclamations are part of the preparations we make for Christmas so I thought I'd add them here with the Advent Days.