My Study Notes: Chapter 25 TO LIVE IS CHRIST 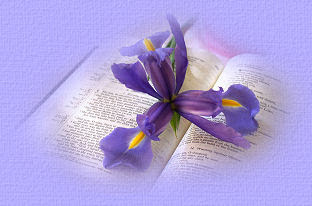 God did extraordinary miracles through Paul

My Study Notes: Chapter 25 – TO LIVE IS CHRIST

On Paul’s next stop God revealed his powers in extraordinary ways.

Acts 19 tells of the ministry in . Paul meets an interesting group of believers.They had received the baptism of John, but did not know about the Holy Spirit.

Paul told them about Christ and they received the Holy Spirit.

He preached in the synagogue 3 months until he received opposition. He then moved to a lecture hall where he concentrated on discipling believers so that in the end all of the Jews and Greeks in the province of heard the Word of the Lord.

Jews and Gentiles alike were in awe of the happenings around them and held the name of Jesus in high honor. The early church was learning concepts completely new to them.

God made Himself and His works obvious in by the following ways:

1. God made his Holy spirit obvious. He knew the concept of the Holy Spirit would be difficult to understand.

2. God made obvious his blessings on discipleship. A few well trained people in the Lord’s service can be more effective than those that have not been.

4. God made His power over the occult obvious. had been renown for its magical incantations. God got their attention by surpassing anything they’d ever seen.

5. God made true repentance obvious. He got their attention by supernatural phenomena . He wanted their attention just as he wants ours so that He can take us beyond anything we’ve ever seen.

Paul gave his heart and strength to his ministry.

May our dear Lord always be our first priority - - Our heart’s desire.