My Study Notes, Chapters 20&21 TO LIVE IS CHRIST 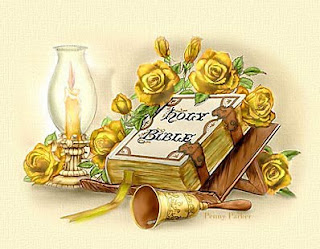 My Study Notes Chapter 20 and 21 TO LIVE IS CHRIST

Now the Bereans were of more noble character than the Thessalonians, for they received the message with great eagerness and examined the scriptures every day to see if what Paul said was true

We now see Paul and Silas in Thessalonica a 100 mile journey from Phillippi. The Holy Spirit was leading them to where they should go, but we also hear Paul exclaim ‘It has always been my ambition to preach the gospel where Christ was not known., so that I would not be building on someone else’s foundation. (Rons 15:20)

God used both the leadership of the Holy Spirit and Paul’s desire.

He would usually preach in the synagogues using the same methods each time.

Paul would prove that Jesus was the Christ using the Old Testament Scriptures.

As a result of his methods some Jews and ny Greeks believed.

After being rescued from prison in Thessalonica he went on about 50 more miles to . The Bereans possessed excellent qualities that provide good standards for believers of today.

They were willing to receive the message. They accepted the offer to hear Paul teach and the fruit was bountiful

They were ready to receive what he had to tell them

They cross-examined the message with Scriptures.. Just as we all need to study the Scriptures for ourselves.

They were eager to believe but wise to check the validity of Paul’s teaching.

A great awakening of faith resulted.

For as I walked around and looked carefully at your objects of worship, I found an alter with this inscription: TO AN UNKNOWN GOD. Now what you worship as something unknown, I am going to proclaim to you.

Paul was doing well in until the trouble kers from Thessalonica came and he found himself moving on. This time he went to . In Acts 17: 16 we see that Paul reacted strongly to the idols he saw there. In the audience was totally different.

He found an object lesson there that he used to share the Gospel with them. Using the alter of THE UNKNOWN GOD, he taught them about the God they didn’t know.

They listened until Paul got to the Ressurection then they scoffed at him.

was thought to be the center of learning, she was full of philosophers and free thinkers.

Acts 17:17 tells us ‘ he reasoned in the synagogue with Jews and God fearing Greeks as well as in the rketplace day by day.’

Acts 17:34 tells us that few became believers in . He never mentions a church starting there.

He was not persecuted there, he simply left. (Acts 18:1) They didn’t persecute him because they were just to cold to care. This is a perfect example of people believing that ‘anything goes’ .

Persecution and indifference are drastic contrasts yet both were a cause of trouble for Paul and still are problems in the world today. I’ll be praying for those persecuted because of their faith and also for those that live with indifference in their hearts .

God is so awesome ! He chooses to work through ordinary people in extraordinary ways. Our study of God’s Word can help us develop a passion and perseverance that can enable us to be a part of that extraordinary too ! 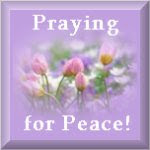