My Study Notes Chapter 18&19 TO LIVE IS CHRIST 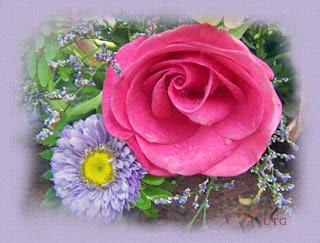 My Study Notes Chapters 18&19 TO LIVE IS CHRIST

When they came to the border of Mysia, they tried to enter , but the Spirit of Jesus would not allow them to. So they passed by and went down to Trouas.

As they traveled further from home new challenges awaited Paul, Timothy and Silas. When we surrender our lives to God we find the challenges to learn and grow become greater.

We did not see a great light as Paul did, but somewhere along our journey we met Christ and our lives took a turn and we sojourn on the road He has placed before us.

Paul and his company were not allowed to preach in , but somewhere on this significant journey Luke joined them. Luke has been identified as being from and we are told in Col.4:15 he was a friend and a doctorl

The redirection God shows the disciples as they tried to enter Asia , tells us that even the best of peoples plans are not always God’ s plan. God exercises His right to redirect His children through leadership of the Spirit.

The Spirit does not lead us to follow natural instincts.

It is far more.

God has placed His Spirit in each person that has received Christ. The Holy Spirit always leads even though we don’t often recognize it.

A sense of peace will virtually always accompany God’s will just as a lack of peace often means we have mistakenly taken a wrong path.

Growing in God’s will we will learn prefer peace over personal preferences.

More than any other disciple God choose Paul to teach about the activity of the Holy Spirit.

Paul and his band of Missionaries were directed in a vision to go to Phillipi where he found no synagogue so he preached at a gathering place outside the city.

There he met . She was a city girl, a saleswoman and a homeowner. Yet she also found the balance between professional and spiritual life. She worshipped God and gathered with other believers. She opened her home and made herself available to God.

Through this business woman God opened the doors of to the Gospel.

In the short time Paul and his band of missionaries were in they spent time in a castle and in a prison. Paul and Silas were dragged before the magistrates because of their Jewish heritage while Timothy and Luke remained free because they were thought of as Gentiles.

God uses His servants and their experiences in different ways. He always has a specific purpose in the way He uses each one of us.

Even though we may think of ourselves as small and insignificant, God works through us for the good of his plan. I pray that we can be open to hear the Holy Spirit that is each one of us.

Speak Lord, your servant is listening.

As I’ve fallen behind in my studies, I’ll be trying to do 2 chapters at a time for now.