December 3rd, 2006 is the First Sunday of Advent

As we begin Advent, we light one candle in the midst of all the darkness in our lives and in the world. It symbolizes our longing, our desire, our hope

Advent is when peace becomes something visible.

All year, of course, we long for peace, but this Christians spend these four weeks preparing for the coming of the Messiah, the Prince of Peace.

Each year, the busyness of this season serves to distract us from having an Advent season that truly prepares us for the celebration of Christmas, with all its meaning.

The fact remains that we don’t know what the future holds; we know only that God is good, and that his goodness will prevail in the end. That is why we wait in hope, rather than in fear

Make a paper chain to count the days before Christmas.

Write a task on the inside of each link, for example: "Offer the birds a piece of bread or some seed," or "Send a Christmas card to a lonely person." As family members remove links, this not only marks the days but also prepares our hearts for Christmas.

Thank you, God of great promise, for your amazing way of breaking into our lives with wings to make our spirits soar, with words that still us and even chill us, with hope for the hearts of all humankind

As we enter into the Advent Season I'll be updating regularly with more things to do to prepare our hearts and our lives for Christmas.

A Time Out to Give Thanks! 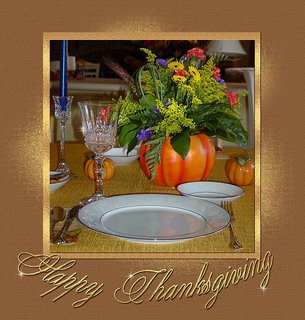 God, our Father, have mercy on us,
with the same everlasting love that led you to make us like you.

You said that you would make all people in your image and likeness.
And this you did, so that we may share in all that you are.

You give us memory, to remember your gifts,
so that we may tell others about your wonderful deeds.

You teach us about yourself, so that we may share your good news
of Jesus Christ with others.

And you give us the power to make choices,
so that we may freely love you and share in your mercy.

Why did you so honor us?

With love so great that it cannot be imagined, you looked upon us
within your very self,
and you fell in love with us.

So, it was love that caused you to make us and give us life,
just so that we may know you.

Then, see how by our sin we lost the honor you have given us.
But you never leave us, even when we sin.

You search us out with a father's love,
wanting to bring us back to your friendship.

So you gave us your only Son, Jesus Christ,
who became a little child like us.


I'll be taking a TIME OUT from the Bible Study and will update this journal with prayers and thoughts until after the New Year. I hope you'll keep checking back as I have lots to post, especially when Advent begins on December 3rd.

May you and yours have a blessed Thanksgiving !

My Study Notes Chapter 16 TO LIVE IS CHRIST 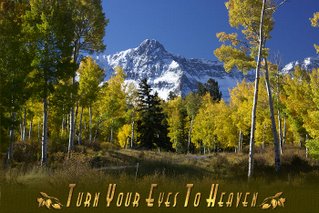 My Study Notes
Part IV, Chapter 16 TO LIVE IS CHRIST

We will learn about the 2nd missionary journey with the Apostle Paul. We’ll see the importance of co-workers in the gospel and we will see how the Spirit of God uses flawed people like you and me.


They had such a sharp disagreement that they parted company. Banabas took Mark and saled for Cyprus, but Paul choose Silas and left, commended by the brothers to the grace of the Lord.


Paul loved his sojourn in Antioch and the people and his partner Barnabas, but he felt compelled to go where the Spirit led.

When the Spirit of God moves within us we must move with Him or be miserable.

Now the Spirit of God called Paul to move again.

Acts 15: 36-41 tells us how Paul and Barnabas prepared to revisit the churches from their first Missionary journey. John Mark who had bailed out on the 1st journey wanted to go again and Barnabas said John goes with us, Paul said John stays. John went with Barnabas and Paul took Silas as his replacement.

Colossians 4:10 tells us that John Mark was Barnabas’s cousin. It was a difficult separation for Paul and Barnabas. Barnabas had been the first to welcome Paul among the brothers in Jerusalem. Together they had faced peril and persecution that bonds people together for a lifetime. Paul had wanted his dear friend to be with him.

Luke says in Acts 15:39 They had such a sharp disagreement that they parted company. They each had strong emotions about John Mark and toward each other.

Disagreements often cause people to choose sides. Romans 14:1 gives a guide for such moments. “ Accept him whose faith is weak, without passing judgment or disputable matters.”

When we tend to get involved emotionally as judge and jury when people disagree, we should ask ourselves if someone always has to be right and another wrong.

Paul and Barnabas were both Spirit filled men yet they differed on whether John Mark should join them. Both me could have been under the direct influence of the Holy Spirit and yet still differ so that God could divide and multiply. God wanted these young preachers to train many more people. Now instead of just 1 team of two, He now had 2 teams of 2.

Scripture tells us most divisions are not of God, but Acts 1 suggests that sometimes God wants to divide and multiply. This happens in many of our own churches. Differences have caused many to divide and sometimes the results are disasterous.

If we don’t call on God to come to our rescue ministries and partnerships divide and dwindle rather than divide and multiply.

We can avoid turning convictions into contentions by using this 4 step plan for dealing with conflicts between believers.

1. Identify the real source of the argument. Ask the Holy Spirit to shed light on the true source. Part of spiritual maturity is risking our position in favor of the will and glory of God. Be willing to allow Him to shed light on any selfish or worldy motives we might have.

2. Submit the issue to God. James 4:7 tells us to “ Submit yourselves then, to God. Resist the devil and he will flee from you.” Ephesians 4: 26-27 tells us not to sin in our anger and thereby give the devil a foothold. When we ask God to remove all selfish, worldly motives and influence of the enemy, issues often either disappear or down size to a workable level.

3. Resist the temptation to sin in your anger. Anger in itself is not sin. It is an emotion, and sometimes a very appropriate emotion. Each of us regrets something we’ve said or don in anger. Ask God to help when you are angry so that feelings don’t turn into wrong actions.

4. Pray for the other person involved and with that person if possible. Philippians 4-5 invites us to pray about everything. If we all could get down on our knees and pray together even though we are not together on every issue, at least we are together in prayer.

None of these steps are easy, but God can keep differing convictions from becoming contentions. We should be more open to people even if they have differing opinions. God can use sharp disagreements to prove that nothing is impossible with His help.

God can do anything!