My Study Notes - Chapter 15: TO LIVE IS CHRIST 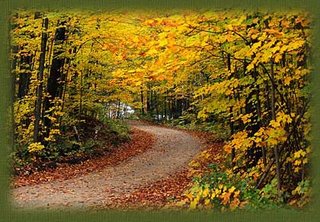 It is my judgment, therefore, that we should not make it difficult for the Gentiles who are turning to God.

My Study Notes Chapter 15: TO LIVE IS CHRIST

Paul and Barnabas loved the church in Antioch. This was the first church they started. This was their home base. The believers there welcomed them like family and honored their testimonies. In the last verse of Acts 14 we see that ‘ They stayed there a long time with the disciples.'

Just as in our own lives about the time things seem to calm down a bit, something or someone usually comes along to throw a kink in it. Paul and Barnabas traveled to Jerusalem to settle a dispute there.

AS they traveled they told what God had done among the Gentiles and this made believers glad. However there is a dividing faction. The legalists .

When they reached Jerusalem, one of the most important meetings in history ensued.
“Some of the believers who belonged to the party of the Pharisees stood up and said, The Gentiles must be circumcised and required to obey the law of Moses." Acts 15:5

Two sets of legalism emerge in this portion of Scripture

1. Judean visitors to Antioch told Gentile Christains they must be circumcised to be saved.

2. The believers in Jerusalem told them they must also obey the law of Moses.

Peter argued for acceptance of the Gentile believers on an equal basis with their Jewish counterparts.

James stood and delivered the verdict. He said ‘ It is my judgment, therefore, that we should not make it difficult for the Gentiles that are turning to God” Acts 15:19

The Jerusalem Council drafted a letter to the church in Antioch and appointed Judas and Silas to accompany Paul and Barnabas in their return. The council asked the believers to avoid four practices that were particularly offensive to their Jewish brothers and the believers in Antioch were glad to receive the encouraging message.

God uses many methods to draw people to Himself. He is far more creative than we want to think. Only He can judge the heart.

James reminded the Jewish believers in Acts 15:18 that salvation coming to the Gentiles had been known for ages. They were seeing the fruition of an old plan in which God would do a new thing. He gave His Son on the cross to set the captives free, not to imprison them under the impossible laws of men.

“ They will know that I am the LORD, when I break the bars of that yoke, and rescue them from the hands of those who enslaved them” Ezekiel 34:27

God can break any yoke, even those we don’t realize we are wearing. The message of freedom prevailed at the Jerusalem Council and Paul and Barnabas departed with a letter for the Gentiles in Antioch.

These believers were urged to abstain from several practices forbidden under Jewish law. They were free from the Law of Moses (circumcision) but not from the life giving laws of God.

These four areas offer us an important learning opportunity.

They were wise to avoid anything that would place them close enough to the vacumn to be sucked back in.

Next we’ll see Paul and Barnabas reminding their flock about a few ways to stay free.

If we are to remain close to God, we must study His word, pray for His help and encourage the people around us.