My Study Notes: Chapter 8, TO LIVE IS CHRIST 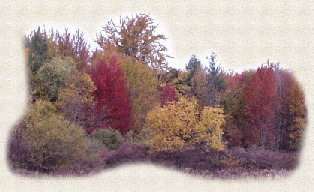 My Study Notes: CHAPTER 8 TO LIVE IS CHRIST

So Saul headed toward Damascus. As he came near the city, a bright light from heaven suddenly flashed around him. Saul fell to the ground and heard a voice saying to him, ‘ Saul, Saul Why are you persecuting me?'

Saul grew more and more powerful and baffled the Jews living in Damascus by proving that Jesus is the Christ. Acts 9:22

Saul was born again on a dusty road to Damascus. A light came on that no one was able to turn off although many tried.

After Saul’s conversion he left for Arabia, apparently to come to grips with what had happened.

When his quiet exile was over, he once again approached Damascus. This time he returned to preach the word of Christ. People would remember that he first came to take prisoners of the followers of the Way. Now he would be staying in their homes.

In physical appearance there was very little intimidating about him, but when the Spirit of God fell on him, he became more powerful. He brought together the teachings of the Old Testament Law and Prophets with their fulfillment in Jesus Christ.

Luke tells us that Christ appeared to the men on the road, but they did not recognize him. The proof was there. All they needed was to believe. The Jews knew Scripture, they just hadn’t recognized the One about whom the Scriptures were written.

In Galatains 1:18 we see that Saul wanted to become acquainted with Peter and left for Jerusalem. He probably assumed his place was with the other apostles. But when he tried to join them, the disciples were all afraid of him.

In Acts 9: 27 we are told that Barnabas took Saul and ‘brought him to the apostles’. Barnabas reached out a helping hand to a discouraged man. Saul took that hand and two lives bonded in that movement.

Barnabas offers us an example we don’t want to miss. His name was Joseph, but the disciples renamed him ‘son of encouragement ‘ . God used Barnabas over and over to give others the courage to be the people He had called them to be. Now he encouraged them to accept a new brother
He persuaded the apostles to accept the new convert and the most powerful preacher in all Christendom.

In Acts 9:30 we see the brothers push Saul on a boat to Tarsus to keep him from being killed.

Meanwhile the church throughout Judea, Galilee and Samaria was strengthened and encouraged by the Holy Spirit and grew in numbers

We should all try to be a Barnabas in another’s life. Take every opportunity to encourage fellow believers.

Next we’ll be taking a look at the meeting between Paul and Peter.