My Study Notes - Chapter 4 TO LIVE IS CHRIST 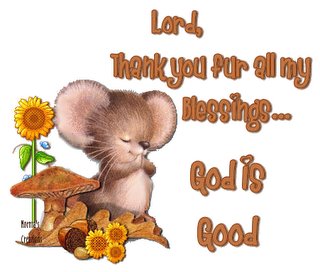 If anyone else thinks he has reasons to put confidence in the flesh, I have more: circumcised on the eighth day, of the people Israel, of the ribe of Benjamin, a Hebrew of Hebrews, in regard to the Law a Pharisee…as for legalistic righteousness, faultless

The teachers young Saul encountered are described in Matthew 23

They made demands of others that they themselves did not keep

They made their religious actions into show to impress others

They loved to be the center of attention

And they not only wouldn’t enter the kingdom of God,

they prevented others from entering.

Godly people are valiant people They are people with the courage to ask God to spotlight areas of weakness, sin, and failure. Then God can strengthen, heal, and complete what is lacking

Inspite of their wrong actions we see the mercy of God

O Jerusalem, Jerusalem you who kill the prophets and stone those sent to you, how often I have longed to gather your children together, as a hen gathers her chicks under her wings, but you were not willing.

Yes, Jesus loved them –even in the depthof their wrong doings.

Saul himself was a Pharisee and probably returned to Tarsus to serve as a teacher of the Law. Imagine how his thinking was was influenced by his own teachers.

Negative influences outweighed the positive . the law became his god. When you take the love out of obedience the result is law. Without love for God and His Word, we’re just trying to be good. Nothing can wear us out faster.

Identity boundaries are walls we put up to separate our groups from other groups. Just as gangs wear certain colors to show who is in their group, Churches and denominations develop distinctive teachings to accomplish the same goal

In Philippians 3:6 Paul says…his zeal was so great that he persecuted the church and his legalistic righteousness was ‘faultless’

He sought to live by the letter of the law. Daily rituals determined the first words out of Saul’s mouth in the morning, and every other aspect of his day.

His entire day was filled with ritual and he was strangled by the Law.

In Isaiah 29:13 we see what could be a model of the life of Saul

These people come near to me with their mouth and honor me with their lips.but their hearts are far from me. Their worship of me is made up only of rules taught by men.

We pray that God will forgive us when we act like Pharisees and that we will have hearts of devotion, not hearts full of laws.

Too many times we are caught up in laws and rules for living. May our hearts be open to the love of Christ and may we share that love with all we meet.