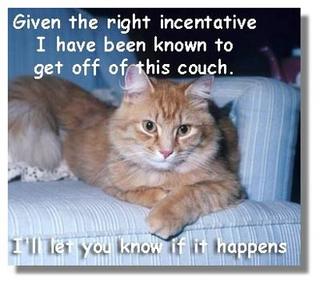 The chains of habit are generally too small to be felt until they are too strong to be broken. 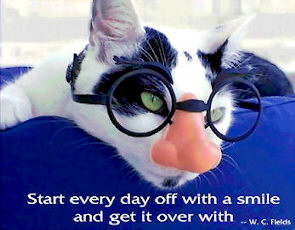 Cultivate only the habits that you are willing should master you.

I have a lot of habits, and not all of them good, but the most of them are keepers.  There is a lot to be said for keeping a routine.  It can improve overall health, well being and productivity along with more time to relax and less anxiety.

A routine is something that you do over and over agin, eventually making it a habit.  Once it is a habit, you don’t need to think about it in order to act.  They are often perceived as bad things but they are necessary to organize life and keep it from becoming to chaotic.

If you have a good routine set up, you’ve freed yourself from a lot of small decisions  that could slow you down and waste time you could use for something else.

For example when our parents taught us to bathe and brush our teeth, they helped us to establish morning or nighttime routines.  After that it became a habit that most of us do every day.  We don’t have to think about, we just do it.  It’s a habit.

We are what we repeatedly do.  Excellence then, is not an act, but a habit.

Don't you just love that last quote from Aristotle? I do think I need some better habits in some areas though~!

Thanks for popping over to my blog and praying for Mary and John. xo Diana

BTW--did I ever get your direct email addy so I can send you a direct reply? If so -I don't have it anymore (duh). My email is dianakos1@gmail.com. Would you send it to me? I promise not to spam you! lol

I love that last quote too. What this post brought to my mind is kids and electronics. My own grandson. All communication is via equipment rather than in person or voice to voice - feel so sad about that.

Once the dust settles over here I think it's critical (that) I develop some sort of routine. Having worked all my adult life, I'm very agenda-driven ... and poor at 'policing' myself. Please stay tuned!

P.S. - Since Cox Cable doesn't exist in Alabama, I've a new e-mail address: myra.guca@gmail.com. I'd love to hear from you sometime! :)

Some of us know the sad truth of 'bad habits are hard to break'. Some so strong, the chains seem impossible to break. I do have some good habits. Glad they all weren't bad. LOL

Hope you had a great day. I am just getting around to reading.
Sherry visited first!