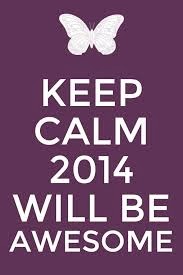 Where there is a will there is a way. is an old true saying. He who resolves upon doing a thing, by that very resolution often scales the barriers to it, and secures its achievement. To think we are able, is almost to be so -- to determine upon attainment is frequently attainment itself.

Every decision depends on another, which means sometimes I feel like I’m in a holding pattern. However, despite my occasional worries and concerns about my life not unfolding as planned, I do know deep down that every step I take is leading me toward my future. I wouldn’t be where I am today if it weren’t for both the good and the bad, the expected and the unexpected.

I’ve found that if you are determined enough, you can find a way to achieve what you want.  I believe that if you truly want something, it will happen.

We all have been in situations where we have wondered if there is a way out of our problem.  It may take awhile or it maybe that in the process you’ll find that what you thought you wanted turned out to be something entirely different.  But if you have the will a way will be found.

Remember:  God does His best work in impossible situations.  Sometimes I foget it’s His will that matters, not mine.

My life is in a holding pattern, for sure.

Funny how that sounds, but how true it is: EVERY DECISION SEEMS TO DEPEND ON ANOTHER!
But sometimes the Holding pattern is what we need. LOL

Love from down here. STAY WARM!

I'm with you, Ma, sometimes I forget it His will that matters, not mine, and like I've said many a time, his timing is so much more better than mine. I do hope 2014 will be an awesome one for you, Ma!