My Study Notes: Chapter 12 TO LIVE IS CHIRIST 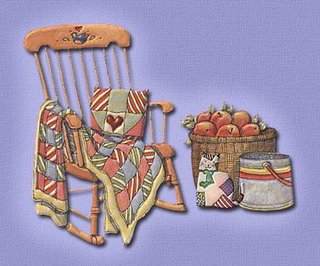 My Study Notes: Chapter 12 TO LIVE IS CHRIST

Therefore, my brothers, I want you to know that through Jesus the forgiveness of sins is proclaimed to you
Through Him everyone who believes is justified from everything
you could not be justified from by the law of Moses.

Paul and Barnabas continued on in their first missionary journey, departing Cyprus and entering the large Roman province of Galatia. They sailed from Paphos to Perga on the coast of Asia Minor. John Mark left them and returned home to Jerusalem.

They traveled on to Pisidain Antioch, which is not the Antioch in Syria.

On the Sabbath they attended the synagogue worship and received an invitation . In the synagogue Paul addressed those who believed in the God of Israel. He presented Christ to the Jews through their own history. Paul urged them to see how perfectly Christ knit the past with the present. They didn’t have to forsake their history, they only needed to accept the rest of the story.

He charged the Jews with the death of the Messiah, yet he extended the invitation to receive forgiveness through Christ. We see in verse 43 that ‘Many of the Jews and devout converts to Judaism met with them after the message and received their encouragement. ‘

The Jewish leaders , however, were filled with jealousy and talked abusively against what Paul was saying (vs 45)

Paul and Barnabas answered them boldly ‘ We had to speak the word of God to you first. Since you reject it and do not consider yourselves worth of eternal life, we now turn to the Gentiles’ (vs 46.

Acts 13:48 tells us: ‘ All who were appointed for eternal life believed’

Luke was employing a Greek military term somewhat foreign to us. Tatto, the orginal word for appointed, is used figuratively in the New Testament and means ‘to set in a certain order.’

Paul wrote that the gospel is the power of God for the salvation of everyone who believes: first for the Jew, then for the Gentile – Romans 1:16

In verse 50 we read that the Jews incited the God-fearing woman of high standing and the leading men of the city against Paul and Barnabas.

To some degree we all have exerted our power of influence over others. We influence our spouses , our children, those we work with.

Influence is a trust and we must be careful how we use it.


Paul and Barnabas were thrownout of the city, but not before the word of Jesus Christ got around. In verse 49 we see that ‘the word of the Lord spread throughout the whole region.

The truth had been told, the seeds were planted.

They shook the dust from their feet, laced their sandals and headed for Iconium.

Like Paul and Barnabas we all have had rejection but like them we should also refuse to give up. Don’t try to judge your own effectiveness. Shake the dust from your feet and move on. Joy lies ahead!

My Study Notes: Chapter 11, TO LIVE IS CHRIST

My study notes: Chapter 11, TO LIVE IS CHRIST

While they were worshiping the Lord and fasting, the Holy Spirit said, ‘Set apart for me Barnabas and Saul for the work to which I have called them’.

The church in Antioch gave generously to the believers in Judea as they faced impending famine. Barnabas and Saul headed for Jerusalem as ambassadors of famine relief.

A family of kings, all named Herod ruled Palestine. The Herod at this particular time was Agrippa I, grandson of Herod the Great who ruled at the time of Jesus’ birth and built the temple that stood in Paul’s day.

When they returned from their mission they brought back a young man named John Mark.

Barnabas, Simeon, Lucius, Manaen, and Saul were prophets and teachers in the church. These five each had a personal passion for God. The leaders of the church in Antioch were constantly ready to hear from God, and when He spoke they listened.


‘So after they fasted and prayed, they placed their hands on them and sent them off.

Here we meet the first international missionaries-- Saul and Barnabas.

God gave more than wisdom and experience to aid
them in their journeys, He gave then a helper. John Mark who would later write the second Gospel, the Book of Mark.

Paul made three missionary journeys as well as a final trip to Rome.

They started at Antioch in Syria. From there they sailed to Cyprus and on to Salamis and Paphos.

On his second trip he med Bar-Jesus who was the attendant to Sergius Paulus, the Proconsul or governor of Cyprus. Bar Jesus did everything he could to oppose them and keep the proconsul from believing what they had to say. The apostle rebuked him and God struck him blind.

Here we read that Saul was also called Paul. The scriptures call him Paul from this point on.

God wants to amaze us with the wisdom of His Word. He wants to show us how relevant He is.

In the next chapter, we’ll continue with the journeys of Paul and Barnabas ‘A Light for the Gentiles’.

My study Notes: Chapter 10, TO LIVE IS CHRIST 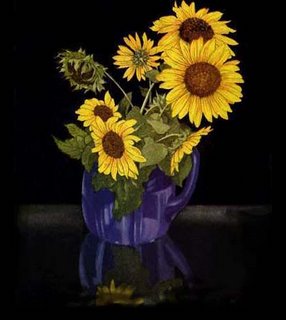 For a whole year Barnabas and Saul met with the church and taught great numbers of people. The disciples were called Christians first at Antioch.

My study notes – Chapter 10 TO LIVE IS CHRIST

After the Grecian Jews tried to kill Saul in Jerusalem, he boarded a boat for Tarsus, his homeland. In Galatians 1:21 we see that he also went to Syria and Cilicia.

We have no idea how long he stayed inTarsus, but Scripture suggests those interim years were difficult.

I have worked much harder, been in prison more frequently, been flogged more severely and been exposed to death again and again.... …

This interim time is not recorded in the book of Acts.

Persecution scattered the early Christians as far as Phoenicia, Cyprus, and Antioch. In Antioch they began to share with Gentiles and as a result of their testimony
‘a great number of people believed and turned to the Lord.' Acts 11:21

In Acts 11:22 we read : News of this reached the ears of the church at Jerusalem and Barnabas was dispatched immediately.

According to verse 23 Barnabas ‘encouraged them all to remain true to the Lord with all their hearts.'

He taught these new believers the kind of resolve that would hold up even against the threat of death.

Barnabus brought Saul back to Antioch and they met together with the church for a whole year. Saul – the teacher, Barnabas - the encourager. One taught the principals of godly life --the other assured them they could do it with God’s help.

The greek word the believers were called was Christianos. The name given was first adoped at Antioch.

Peter said ‘If you suffer as a Christian, do not be ashamed, but praise God that you bear that name .

God is still scattering the seeds a few righteous people planted in a city called Antioch. The early believers had no idea what they had started.

In Part 3 we will join Paul on his first missionary journey. He had many experiences that prove that living and and moving in the center of God’s will doesn’t mean we avoid opposition.

His key to victory was knowing the One in charge intimately. God will use the apostle Paul to help us clear up a few popular misconceptions in many Christian circles today.

Stay alert and Open – minded. His Word is alive. Hebrews 4:12

Since that time , in one generation after another and progressively in all parts of the world, men women and children who have heard the story of Jesus have recognized in it something completely suited to their condition and have welcomed Jesus as their all sufficient Lord and deliverer. (From Jesus Lord and Savior by F.F.Bruce.)

We are all a part of God’s family – Jews , Gentiles, Greek or Roman.

My Study Notes: Chapter 9 TO LIVE IS CHRIST 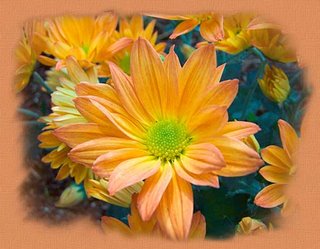 MY STUDY NOTES
CHAPTER 9 TO LIVE IS CHRIST

Scripture tells us that Saul went to Jerusalem to become better acquainted with Peter. Saul didn’t go just to make a new friend, but to learn more.

Acts 10 tells the story of Peter and Cornelius. Peter says in Acts 10:34-35 “ I now realize how true it is that God does not show favoritism but accepts men from every nation who fear Him and do what is right.”

Many otherwise strong God-serving, Bible believing Christians are steeped in prejudice. Like most of us prejudices are handed down through the generations. Peter was one of those.

WE are challenged to overcome prejudice, just as Peter did. Differences will always exist, but the division doesn’t always have to result.

Everything we are and anything we possess as believers is a gift of grace.

While Peter was still saying this, the Holy Spirit came donw on all those who were listening. The Jewish believers who came with Peter were amazed that the gift of the Holy Spirit had been given even to those wo were not Jews.

In the next we’ll see a new church begin!